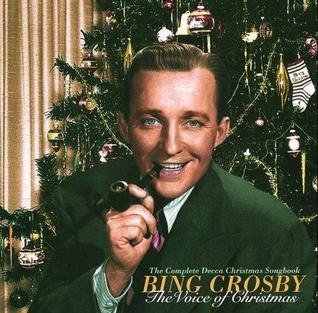 I’m not American, but this particular song means alot to me as a Canadian living in the “Great White North”. This is one of the songs we also grew up with.

So today I’m posting a song called “White Christmas”, made famous by the most famous crooner himself, Bing Crosby. Honestly, I could dedicate an entire posting just to Crosby songs but there is already a website for that: http://www.bingcrosby.com.

“White Christmas” is an Irving Berlin song reminiscing about an old-fashioned Christmas setting. The version sung by Bing Crosby is the best-selling single of all time, according to Decca Records. The first public performance of the song was by Bing Crosby, on his NBC radio show The Kraft Music Hall on Christmas Day, 1941. He later recorded the song on May 29, 1942.

For me, the interesting part is that it was released on July 30 as part of an album of six 78-rpm discs from the film Holiday Inn – my favourite Christmas movie! The song initially performed poorly and was overshadowed by Holiday Inn’s first hit song: “Be Careful, It’s My Heart”. By the end of October 1942, “White Christmas” topped the charts. It remained there until well into the New Year. The mix of melancholy — “just like the ones I used to know” — with comforting images of home — “where the treetops glisten” — resonated especially strongly with listeners during World War II. The Armed Forces Network was flooded with requests for the song. The recording is noted for Crosby’s whistling during the instrumental. 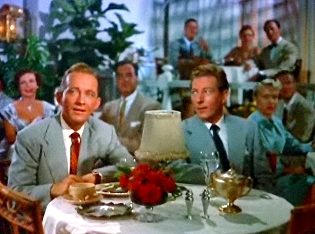 Following its prominence in the musical Holiday Inn, the composition won the Academy Award for Best Original Song in 1942. In the film, Bing Crosby sings “White Christmas” as a duet with actress Marjorie Reynolds, though her voice was dubbed by Martha Mears. “White Christmas” was later featured in another Crosby film — the 1954 musical White Christmas — becoming the highest-grossing film of 1954.

I am working on putting all of my favourite Christmas songs into one song book, and I am trying to have it ready by Monday or Tuesday. For now, please enjoy this classic Christmas tune, which I arranged for soprano uke.

Yep, bring it on already! The Santa Claus Parade was last weekend, Simcoe Christmas Panorama Light-Up was on Saturday, and my daughter and I got the lights and wreathes out on the front porch, too. I even changed the outside light bulb to a green one (although Jeff twisted it off because he says, “it takes away from all the other lights”).

The point is, I’m ready to start praying to the snow gods for just a little white before Christmas. It’s not even December the 1st until tomorrow, but last year at this time we already had snow for about a week.

So in honour of “almost” December, I am kicking the season off with two Christmas songs. One is from our group a couple of years ago, called “It’s Beginning to Look Alot Like Christmas”, by Meredith Willson. The Christmas song with the longest title. This was a hit by both Perry Como and Bing Crosby in 1951, but it’s probably the version by Johnny Mathis for his 80’s television special that I think of.  Popular belief behind the writing of the song is that Willson wrote it in Yarmouth, Nova Scotia while staying at the famous Yarmouth Grand Hotel. From there he could see a decorated Christmas tree in Frost Park, located directly across the street from the Grand Hotel.

This is a really fun song with a moderately paced tempo. That being said, there is one spot in there where I recommend players abandon the Bdim chord, which is a four-finger chord, in favour of playing just a G7, which actually is 3/4 of the Bdim chord anyway, and only because you are already forming Gm7 right before you have to fumble your way into the Bdim. Because of the quick tempo. In a group, no one will notice. 🙂

The arrangement is laid out for an optional kazoo solo, and I’m going to give you one huge free piece of advice for success here. For the kazoo solo, it is absolutely imperative to make sure your kazoo is in tune beforehand.

The second song is “Let It Snow” ~ of course! Composed in July 1945 by Jule Styne, words by Sammy Cahn, in Hollywood, California ~ during a heat wave! This is also the holiday tune most associated with Dean Martin, who recorded it in 1959. Bing Crosby also recorded this tune on his famous 1962 album, I Wish You a Merry Christmas. The original recording by Vaughn Monroe plays at the end of the 1988 movie Die Hard. 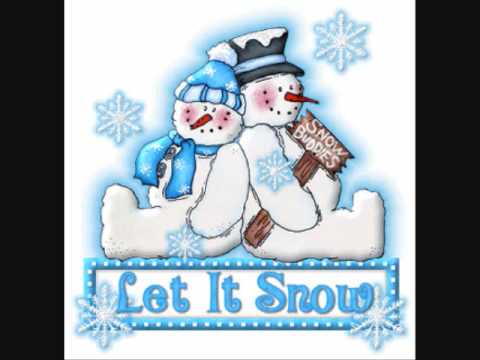 This is my own arrangement with a nice tagged ending. I don’t play the song twice through because it’s one of these pseudo-ballads that almost tells a story. I like it in C because it suits my vocal range the best. Not perfect, but close. Also, surprisingly easy to memorize, however when performing for a crowd, keep in mind that most people only know one line: let it snow, let it now, let it snow!