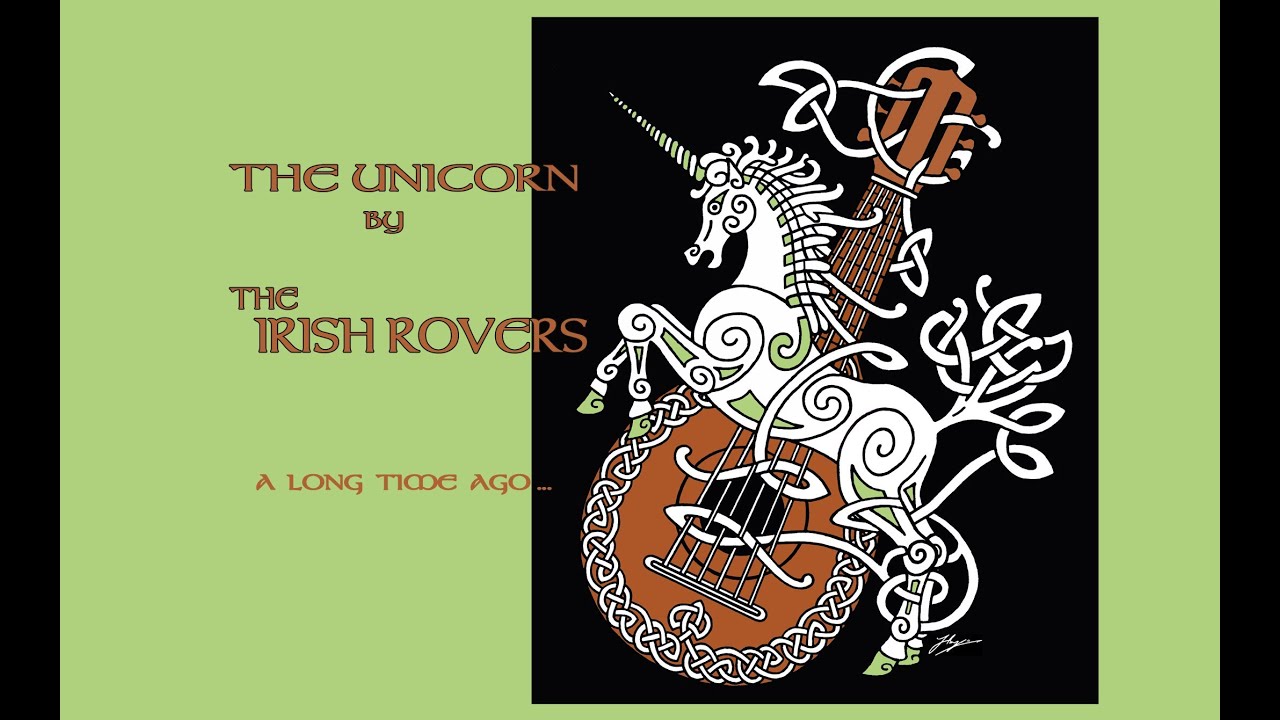 This song by accomplished author Shel Silverstein was made very popular by The Irish Rovers in 1968. Silverstein was fascinated by folklore, myths, fables and legends. The lyrics to the song were printed as a poem in Silverstein’s book Where the Sidewalk Ends. What seems to be a timeless Irish folk song was written by a Jewish children’s book author from Chicago.

When the Irish Rover’s picked it up for recording, their – – “very, very authentic Irish sound and ethnic background” complemented the subject of the piece. It remains one of the best-known songs of the Irish Rovers’ long career, who were named Band of the Year at the JUNO Awards in 1968. It was a #2 hit for them in North America and #5 in Ireland.

It can still be heard regularly in Irish Pubs.

In the original version of the song, The Irish Rovers speak half of the lyrics, as well as part of the 4th Chorus. The final line of the 5th verse is spoken freely without the music: “And that’s why you’ll never see a Unicorn to this very day”. Many people today also claim there are gestures that accompany the song.