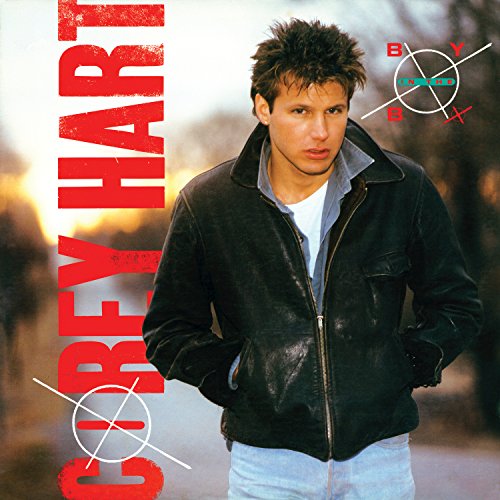 Two iconic songs of the 80’s: True Colors and Sunglasses at Night.

Corey Hart, the underdog crooner of the 80’s, a Canadian from Montreal no less. (However, it worked for Celine Dion, did it not? LOL) I wasn’t too fond of The Boy in the Box (my hubby loves that song) but I could really party to Sunglasses at Night.

As I have told my kids and hubby numerous times: we sang this song in the hallways of my high school going between classes and my Grade 12 started a daily movement to wear sunglasses in classes, to the point where the Vice-Principal had to enforce a strict no-sunglasses rule. Yeah! That was us! We did that! VHSS Class of 84! GOD what a fun year! (We also used to sing Wasn’t That a Party between classes as loud as we could, but this is beside the point…..)

Enter Corey Hart, great looking clean-cut guy, great hair, big kissable lips, I mean, what a heart-throb! The picture of him in his brown leather jacket was taped onto every girl’s closet door, I’m sure. Sunglasses at Night came out in 1983/84 along with his other platinum hit, Never Surrender, but the real romance started when he released Can’t Help Falling in Love in 1986. I was in second year of Uni and girls were swooning over this song all night long.

When Cyndi Lauper’s debut album She’s So Unusual hit the stores in 1983, we couldn’t get enough of it: Girls Just Want to Have Fun, Time After Time, She Bop, All Through the Night, to name a few of the good ones. Set in the midst of the new-age techno sound, we bopped and ‘lauped’ to  all. True Colors in 1986 became a national anthem of sorts.

(Hopefully the vid is there for Sunglasses. I haven’t had much luck with the one for Octopus’s Garden showing up.)

Here are my ukulele arrangements of these two songs:

One thought on “True Colors Sunglasses at Night”